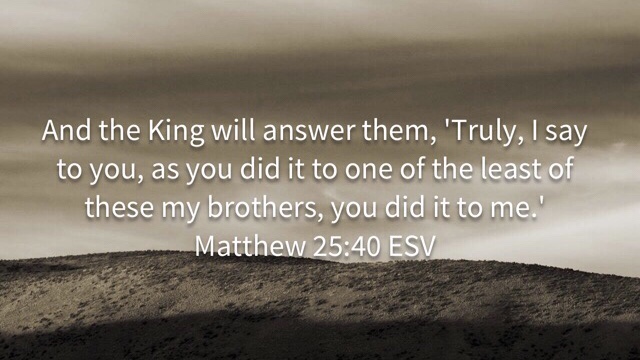 If you are curious why we get so frustrated when someone says, “They’re breaking the LAW they are just getting what they deserve!” or “it’s the parent’s fault for putting them in this position.” I would love to explain a bit.

Let’s start here. This link will take you to the specific Title 8 article that addresses Improper Entry by Alien. This is the actual LAW where it says very clearly that first time offenders shall be fined $50 to no more than $250 and possibly imprisoned for 0 to no more than 6 months. This all depends on the severity of the entry and at the discretion of the courts. This site explains the law in layman’s terms and what it all means.

Did you know that for first time  penalties are the same for a simple assault, public intoxication, library theft, reckless driving and driving without a license? So, imagine you are in the car with your kids and you have a tail light out. You get pulled over and wouldn’t you know it, your license is expired. Typically it’s no big deal because the officer would just issue a warning or verbally warn you and send you on your way. Worst case scenario, you get a ticket and have to go to court a few months later to rectify the situation. Unfortunately for you, they’ve recently begun a zero tolerance policy so now the officer takes you in and sends your kids off to a place where they know no one and where no one is even allowed to comfort them. Meanwhile, you are detained until your hearing date and are praying that they’ll bring your kids back to you unharmed. All of that for crimes that any single one of us could have commited at one time or another. Seriously…can you imagine?

No, you can’t because even THAT is unlikely to occur with a no tolerance policy. Police always have the CHOICE to call family or friends who can temporarily watch your kids while you’re detained. Most county jails even have a toy chest in the office in case no one can come for a few hours. They keep you in an interrogation room with your children or assign someone to watch the child, usually in front of the holding cell, until someone arrives. This is common practice even with drug or theft related charges because THEY ARE CHILDREN!!!

How do I know? Because I’ve SEEN it. I know people who’ve been in these situations or had to be the family to pick up the child in these situations. I’ve also had the privilege ( I say that with sarcasm) of utilizing these standard practices to my advantage. I’m not sure if you remember but for several years, I was a young, uninsured, irresponsible twenty something who almost NEVER had all her ducks in a row. The sight of an officer behind me still gives me that familiar wave of dread in the pits of my stomach, even though I am WAY more responsible than I used to be. I can’t tell you the number of times I’ve officially had a warrant out for unpaid tickets or license violations. I once drove for over a year without even knowing I had a suspended license. The police officer that pulled me over for ‘swerving’ accused me of being drunk and informed me that my license was suspended and that I had a warrant for my arrest thanks to an unpaid ticket. By the Grace of God, and that officer who took pity on me, I got out of being arrested by him simply telling them that I had kids in the car. I didn’t but I  knew it would work to get me home. I knew because that was about the 8th time I had avoided an arrest by a cop fibbing about the passengers in my car. So don’t tell me that “If an American commits a crime the same thing would happen to their kids.” Because that is complete and utter BS and that rhetoric doesn’t add up. (Also, it is not lost on me how my white privilege is showing in that story but that’s a whole other blog topic.)

What is concerning a LOT of people is that we are not currently talking about just ‘fence jumpers’. Some of them are but a good portion of these people are coming, with the clothes on their backs and not much else and they are seeking asylum. A completely LEGAL thing to do and, I can only imagine, a very humbling and terrifying experience. Here is some lawyerly advice about what it takes to seek Asylum. Why would you seek asylum? Well, if you recall, our president is very concerned about the declining conditions and rises in crimes in Mexico. He wants to build a wall to protect us from all the danger, right? I can’t imagine why people would ever want to leave a place like that! (Eye roll) Let’s just take a look at the current Travel Advisory and you tell me why some of these places are not considered refugee status. And that’s JUST Mexico! Those places in red are considered Do Not Travel and are on the same security level as Afghanistan. Let that sink in just for a second.

So, in summary, asylum seekers are NOT ILLEGAL. But, say that they were. These are still just MISDOMEANERS! They carry minimal penalties and before March, they were dealt with so swiftly that lawyers were suggesting they should wait to claim asylum so they have more time to work the cases. In the past, children were detained with their parents and deported together or they were all released with thief court date, just like most misdemeanors. The law has been used at the discretion of the enforcers and now they are CHOSING to use the max consequences to simply prove a point. They are holding children as pawns and no one should be trying to justify what is happening.

While I have spent the last two days searching through website after website and document after document trying to understand what  exactly is going on, I have yet to find the “Laws” that our current administration is attempting to site as the reason behind these horrendous treatments. If you can find them, please, by all means, share away. There is the Flores Settlement which is the closest thing I can find to a defense…albeit a weak one. So please, enlighten me on these “laws” because despite what many think, I like to seek out the whole truth.